According to information shared by the National Malaria Control Division (NMCD) of the Ministry of Health, there has been an upsurge of malaria cases, particularly in the period between April and May. The recent upsurge has witnessed a rise of about 500,000 cases, bringing the recorded number of confirmed malaria cases as of May 2022 to 1,499,994.

In response to the upsurge in the number of malaria cases, the NMCD has put in place a range of measures that are meant to curb and reverse the current trend.   Some of the measures include the moves that have been made to activate district epidemic response task forces. As part of vector control, Long-lasting Insecticidal Nets (LLINs) have been distributed to all affected districts.  In addition, Indoor Residual Spraying (IRS) has been conducted in IRS-designated districts.

In regard to case management, there is continuous monitoring of drug stock levels. The districts have also been equipped with emergency stocks of AL (Artemether-Lumefantrine) and Pyramax.  In regard to social and behavior change communication (SBCC), Community dialogues and media talks are being held in districts with malaria upsurges and social behavior change communication has been integrated into the IRS initiatives. In terms of surveillance, an updated epidemic preparedness response plan has been disseminated.

In addition, health facilities have been targeted with actions to strengthen case management and avert deaths. Finally, Health Ministry teams are supporting districts to ensure good reporting rates and that data is complete, timely, and used for the response. Below are some key indicators of the recent trends of Malaria in Uganda.

Trends of confirmed malaria cases as of May 2022

Trends of confirmed malaria deaths as of May 2022

Malaria Upsurges – reported in 73 Districts as of June 2022 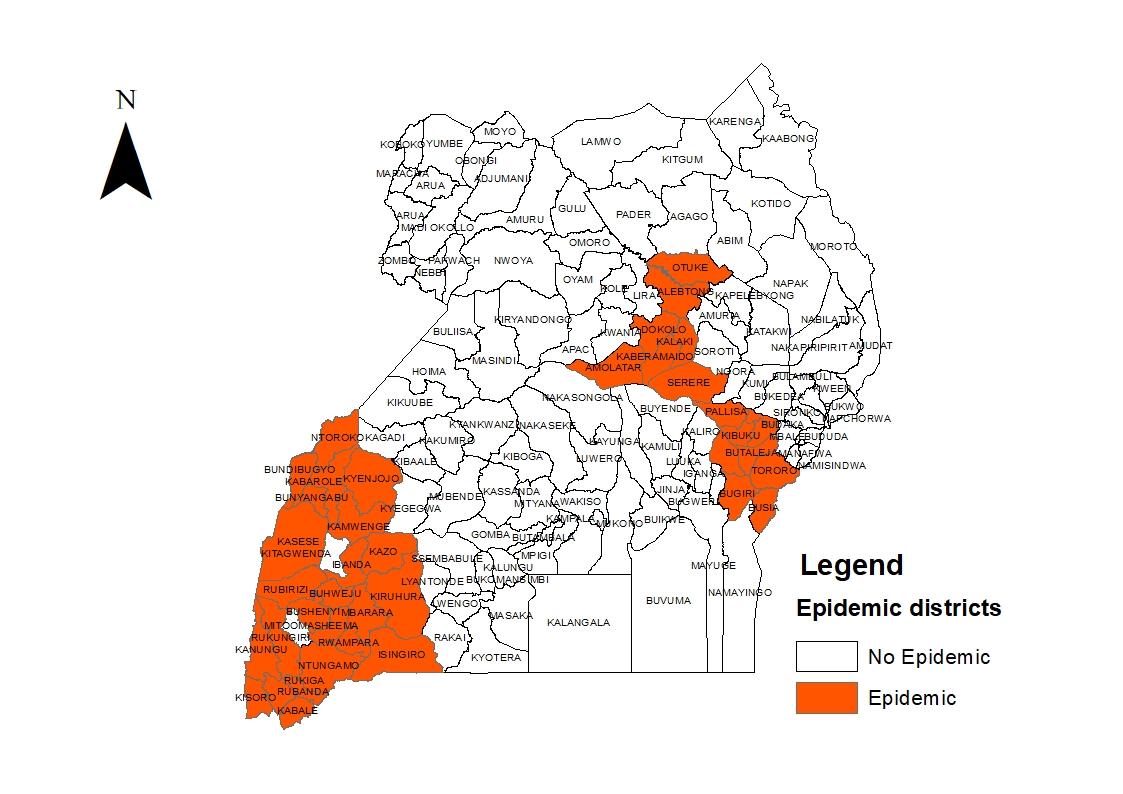